Over the years, I’ve enjoyed many a friendly conversation with customers. Most don’t simply arrive at the shop to pick up their restored John Deere and leave. Once 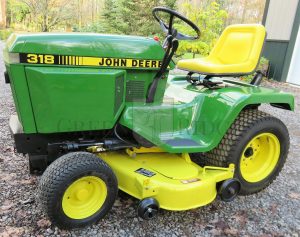 they see the various John Deere’s here at Green Ridge Restorations, neatly lined up like attentive soldiers, some totally restored, others patiently waiting their turn at a new life, well…

The John Deere conversation often includes a confession of sorts.

…all that is fuel for the fire – the conversation fire, that is. A lot of reminiscing goes on, a lot of praise for the John Deere line, a lot of “I wouldn’t own anything but a John Deere,” and then…. a confession.

No, not that kind of confession, about something they’ve done that they shouldn’t have.

This is a simple, “let-me-tell-you-something kind of confession that I don’t let on to anyone.”

First time I heard something like this I was bracing for a humdinger of a story. Not sure what I was expecting to hear, I nonchalantly folded my arms over, leaned back against a John Deere 318 that was waiting to be restored, and waited for the real-life confession, whatever it may be. 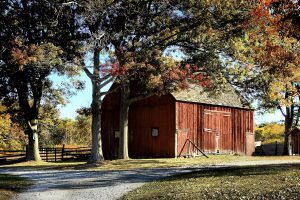 If you’re a John Deere enthusiast, I know you can relate.

“You know, I don’t mow the lawn because I have to. I mow it because I want to.”

Then he got a big grin across his face.

“Yeah, that’s right. There’s some days I can’t wait to hop on my John Deere and mow the lawn. You know why?

Well, he had me hooked now. I had to know why.

When You Hop on Your Classic John Deere, it’s YOUR time…

“Because it’s my time.  For an hour or so, no one bothers me. No one. I can’t hear anyone talk, I can’t hear a cell phone, and I can’t hear anyone yell at me.  It’s like it’s my private time – away from the world – but enjoying my yard, admiring the work I put into it, seeing birds fly to the feeders, and giving myself a pat on the back for all the work I’ve accomplished.”

He went on to explain how it was ‘his’ time. Even if it was just an hour, it was his own thoughts, ideas, plans, and projects, his own reflections of life. Between work and family, he explained, he just needs that ‘breather,’ like taking a step away, and recharging his inner battery.

After that confession, there was a brief silence in the shop.

He quickly added: “Now, don’t get me wrong. It’s not that I don’t like work or family or life. It’s nothin’ like that. It’s just that sometimes I feel like I need a break from the daily grind. So I head to the garage, hop on my John Deere, and out I go. Doesn’t matter if that grass doesn’t need mowing. I need to mow.

And sometimes, I purposely mow slower, so it takes longer.”

Then he was quiet.

I was, too. Because I understood what he was saying. I get it.

It’s About Taking a Step Back from Life.

He loaded up his restored 318 that he purchased, we shook hands, and he drove off.

In different words, many a customer has expressed the same feelings.

How many times have we heard the old phrase, “the world is too much with us?”  William Wordsworth wrote that over 200 years ago. Heck, I bet he’d say the same words today – and probably a lot more! 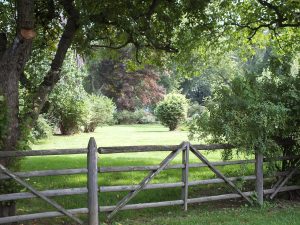 I’m guessing that when the John Deere’s were engineered decades ago, the inventor never imagined that not only would the tractor tend to the lawns, in its own way, it would tend the owners, too.

Faithful John Deere owners not only mow lawns, they mow back life, so to speak, for just a little bit.

For a half hour or hour or whatever length of time, they hop on their John Deere’s and take a step back from life.

If we only had a patent for that!